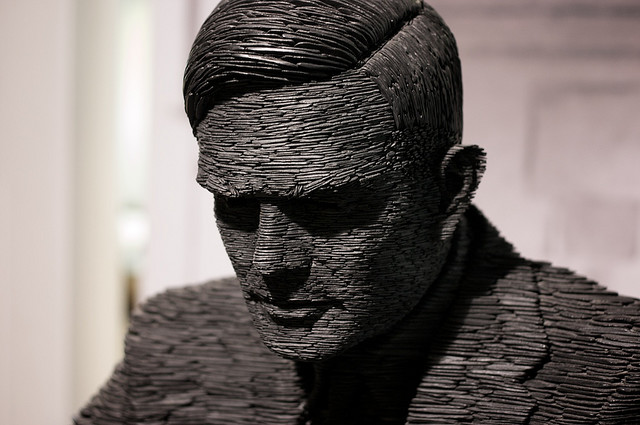 Cory Doctorow’s latest talk ‘The Coming War on General Purpose Computing’ really puts things in perspective about life in the 21st century.
This got me thinking more about functional programming languages and how they could be a future casualty in a similar way that we currently see the intentional limitation/crippling of turing machines.
What if Paul Graham missed something very dark in his essay The Hundred-Year Language ?
The essay does not mention the potential role that government, industry and academia might play in the development, legality and distortion of such a language. After all, the more power that a technology might put in the hands of an individual or group the more correlated is the increase in attempts to limit and control the technology.
The uber-powerful 100 year programming language might be heavily regulated(if it’s as powerful as Paul Graham thinks it could be). The same way that any powerful technology is.
That is if we, as a species, even make it through the next 100 years. What if everything is eventually regulated in society(in large part due to mass hysteria instead of critical thinking) ? What if one day in the future we need to have a license to browse the internet ? One thing is inevitible, that kind of situation never lasts very long, as history will attest. Severe changes in society and government occur. In East Germany or Communist Russia people started killing themselves. Life was that bad. Hell, those factory workers in China that make our iPads, iPods and video game consoles are a contemporary case of this. Suicide is the only leverage they have, who else will work the assembly lines 90-100 hours a week ?
Or in the sad case of ancient Rome it could easily be argued that the legal system played a fatal part in the self-inflicted collapse of a once great empire that could no longer stand under it’s own legislative weight. In the 21st century western world we aren’t seeing mass suicide but we have seen a massive increase in mental illness in this and the last century which could be directly correlated with the massive continual increase of legislation and the burden that it puts on the average person. There’s no excuse for being ignorant of the googolzillion number of laws that exist today and all that (unless ofcourse you are a giant corporation or you work on wall street in derivatives trading, it seems). This is further compounded by the wide-spread increase in psychiatric prescriptions that an increasing number of people are relying on just to live a modern life.
Does the inhumane treatment of Alan Turing(and his subsequent suicide to escape it) ominously predict a similar fate for one of his greatest creations ?
Functional Programming Science Technology

The Golden 20s of the 20th century began with the