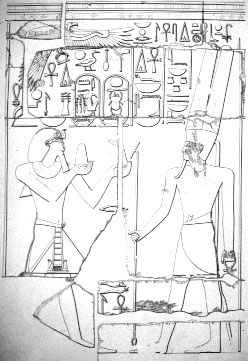 In computer science, a Selection sort is a sorting algorithm, specifically an in-place comparison sort. It has O(n2) time complexity, making it inefficient on large lists, and generally performs worse than the similar insertion sort. Selection sort is noted for its simplicity, and also has performance advantages over more complicated algorithms in certain situations, particularly where auxiliary memory is limited.

(A functional implementation of selection sort is however, not an in-place sort.)
Behold the abomination which is the imperative implementation (from the Wikipedia link) :

Now, the functional equivalent in Haskell :